Challenges: John lived in housing project with single mother. He was affiliated with local gangs, routinely kicked out of school and banned from the local community center. Intervention: Flowers assisted John in improving his appearance and image by providing haircuts and new clothing to replace the dirty, tattered clothing he had been wearing. Flowers also mentored John on appropriate social behavior and monitored his school attendance. Success: John’s new image gave him a new sense of self-esteem and helped him gain acceptance with his teachers, peers and other adults. His friends saw the improvement in John’s life and wanted to shed their hardcore gang image as well; as a result, Donald Norris Cuts & Styles was birthed to help participants increase self-esteem.

Challenges: With an absentee mother and a father out of the picture, Marcus grew up on his own. He became involved in local gangs, sold and used drugs, participated in other illegal activities and was two years behind in school. Intervention: Giving Marcus a stable environment and family life, the Flowers' opened their home to Marcus. He began attending church and school, and he left his life of crime and drugs behind him. Success: Today, Marcus is off probation with the juvenile justice system. He has had no law violations since his time with the Flowers' and is pursing a job in trade with Job Corps.

Challenges: Became involved in drug sales and use at age 12; apprehended by police and charged as an adult; affiliated with local gang. Intervention: During Tony's incarceration, Flowers met with him and began a mentoring relationship. He provided moral and spiritual support to Tony and his family, and upon Tony's release helped him re-integrate into the community by enrolling him in public school and assisting him in attending church.  Success: Tony has not committed any law violations since his incarceration. He now attends a Fine and Performing Arts School and attends church on a regular basis. 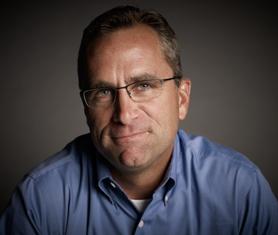