Flowers was born to teenaged parents who could not raise him. He spent his childhood being shuffled between foster homes, detention centers, reform schools, and state youth facilities.  Labeled "beyond parental control" at age seven, he was also diagnosed with behavior problems and learning disorders.  Service providers saw no hope for his future.

Determined to prove wrong all of the adults who had no hope for his future, Flowers resumed high school. He gained popularity on the basketball team, had completed graduation requirements and had received offers to play basketball in college; however, just two weeks before graduation, Flowers was shot three times by a basketball teammate. The shooting left him in a wheelchair and, faced with decisions about his future with limited use of his body, he chose to use his mind. A diploma from Penn Valley Community College in hand, he graduated next from the University of Missouri-Columbia with a bachelor's degree in sociology and a minor in psychology with academic honors. In 1998, Flowers went on to received a Juris Doctorate from the University of Missouri-Columbia School of Law, where he received the CALI Excellence for the Future Award for his work in 'Children & the Law.' Flowers was the first person in his family to obtain a college degree.

Flowers' motivation comes from two sources: faith in Christ and a desire to fulfill his God-given purpose. Involved with community service organizations and agencies, he has served on local, state and national committees and boards that address the needs of youth and community. Flowers serves on the Governor's Committee to End Chronic Homelessness in Missouri, on the board of directors of the Missouri Court Appointed Special Advocacy (MOCASA), the Missouri Children's Justice Task Force Council on Philanthropy(COP) and the Kansas City House of Hope. He is a member of Alpha Phi Alpha Fraternity Inc., Beta Lambda Chapter; NAACP Missouri's Juvenile Justice Advisory Group (JJAG), Black Chamber of Commerce of Kansas City, Missouri (BCCGKC) and The Greater Kansas City Chamber of Commerce (GKCCC). Flowers is also a member of the prestigious GKCCC's Centurions Leadership Program's class of 2009. Flowers is a Congressional Black Caucus Political Educational and Leadership Institute fellow and a Rotary International Paul Harris fellow. His community work and Higher M-Pact have been featured in numerous publications, and he has received countless awards in recognition of his creation of an organization that is a catalyst for change, not only for the youth it serves but, also, for the many lives he has touched.

Flowers has a combination of over 25 years of personal and professional experience of involvement in the juvenile justice field. After graduation, Flowers chose to use his law degree to help high-risk urban youth. His personal experiences and his careful study of the juvenile justice system and various youth organizations inspired him to create Higher M-Pact, a community-based organization dedicated to transforming today's high-risk urban youth into tomorrow's leaders. Higher M-Pact impacts youth engaged in destructive behavior by turning their obstacles into opportunities and by creating a solid foundation for success. Higher M-Pact has positioned itself to emerge as a leader through providing effective programs, services and experiences to youth in the Kansas City, Missouri area and beyond. Flowers resides in Kansas City, MO. 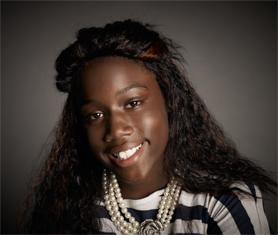